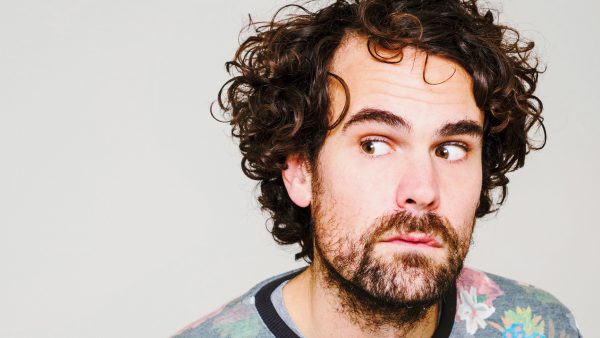 Laughing Horse Finalist of the Year (with Nick Helm)

Paul F Taylor is a one of the UK comedy circuit’s most exciting and original stand up acts. His unique brand of humour, fusing quirky offbeat gags with surreal observational comedy is totally captivating and utterly hilarious.

“Pauly is a funny man, inventive, brimming with ideas and has a natural ability to entertain.” – Broadway Baby

“a bit of Harry Hill about Taylor” SnipeLondon.com

LIVE WORK
Paul is very much in demand and has performed extensively across the UK and abroad with Highlight, Jongleurs, Komedia, Banana Cabaret, The Comedy Cafe, Comic Boom, The Frog and Bucket, Downstairs at the King’s Head and Just the Tonic. In 2009 Paul’s double act Helm and Taylor (with Nick Helm) reached the final of the Laughing Horse New Act of the Year competition, he supported Lucy Porter on her UK tour, MC’d the Laughter Film Awards and travelled to Edinburgh to perform in AAA Stand Up with Bound & Gagged at the Pleasance. Throughout 2010 Paul was the tour support for Lucy Porter with her latest show ‘Fool’s Gold’. He is also a regular compere for Comic Boom at Brighton Komedia. Paul is also one half of the comedy duo Short and Curly who are the resident sketch group at Cabarera the era based comedy night at the Vandella..