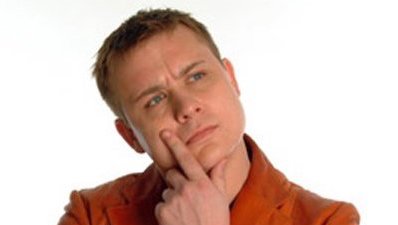 Comedian, actor and writer Barry Castagnola has firmly established himself as an accomplished comic performer. He has been performing stand-up in the UK and internationally for over 6 years since blagging his way onto the stage at The Comedy Store in Los Angeles. His easy-going (yet very physical) style, mixing personal anecdotes with some sharp topical and political comment, enthuses audiences at most of the major comedy clubs in the UK. As well as being a popular compere, Barry regularly headlines gigs around the country. He has performed in New York, Ireland, The Melbourne Comedy Festival, Glastonbury and The Reading Festival. TV stand up includes The Stand Up Show (BBC1) and Net.Comedy (Carlton)

Barry stormed the 2004 EDINBURGH FESTIVAL with his debut solo show, inspired by clearing out his childhood bedroom. The Importance of Not Being Too Earnest gained great critical acclaim. Below is a selection of quotes from the press about the show:

‘A confident, likeable comic … it’s his self deprecating bemusement at his own diary entries, overblown song lyrics, home videos and vintage possessions that holds this show together and provides the most hilarity’ Metro

‘A genial performer, he has a gift for self mockery and his youthful indescretions chime easily with an audience’ The Scotsman